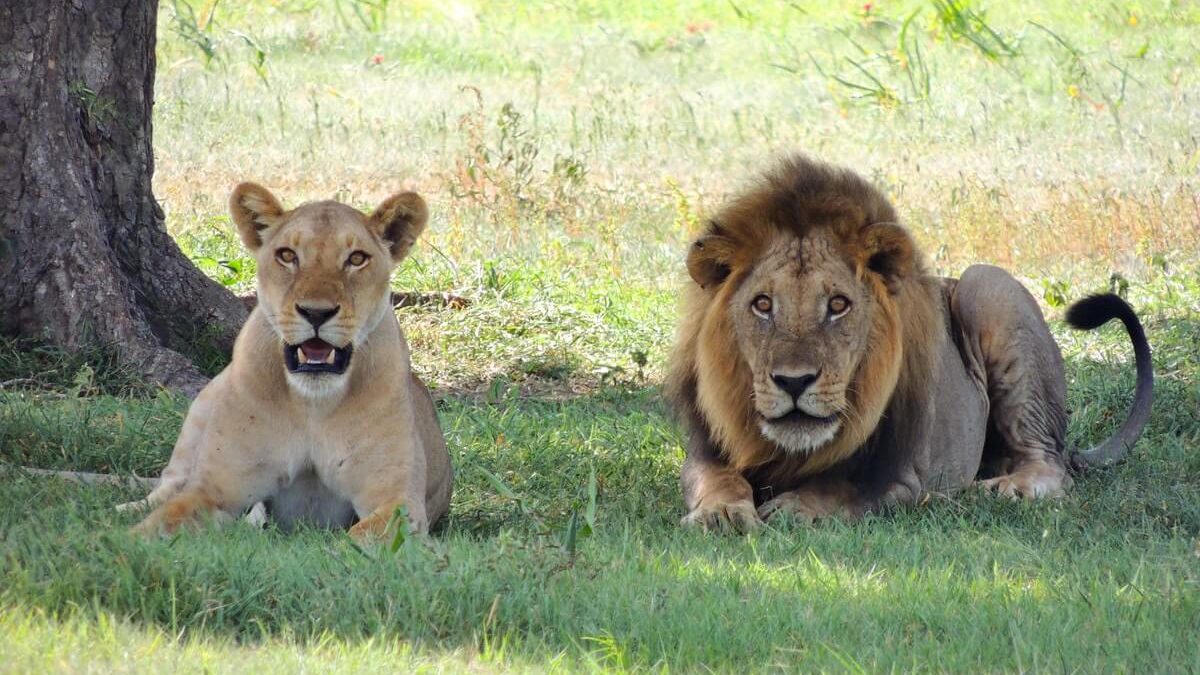 Anyone who saw last a episode of ITV’s Safari Vet School (screened on 9th March 2012) will get an idea of what elusive creatures lions can be.

The programme focused on the attempts of 16 young British vets to capture a male and female lion in order to re-locate them as part of an animal management plan for predators in South Africa’s Pumba Game Reserve.

Firing a dart into the lions – the male had to be darted first as he is more dominant. It proved to be a tense game as the creatures were understandably wary when they caught glimpse of the humans.

Patience saw the team achieve their task and this is a virtue. Which will also be needed by intrepid tourists hoping to see lion on an African safari. The wait is definitely worth it as lion look so wonderful close-up in their natural environment.

Here are five great African countries which are home to the lion and which offer fantastic chances to see them in the wild.

One of the most famous wildlife areas in the world is Kenya’s Maasai Mara National Reserve.

To take a safari in the Masai Mara is to step back in time – it’s a rare area where the animal population is the same as it was a hundred years ago. The lion population within then Mara is no different and this is one of the reasons which drew the makers of BBC’s Big Cat Diary series to the area in order to film these great predators.

From July to October, the Mara is home to the famous wildebeest migration – an event which is watched with some interest by the major predators and in particular lion, leopard and cheetah.

Tsavo National Park is another place in Kenya where you can see lion – albeit. That the harsh habitat has resulted in a slightly different appearance to the lion of the Mara. The males are generally a bit larger than their Mara counterparts, and their manes more scraggy.

The dry hinterland of Botswana is also famous for lion, particular in the Kalahari Desert. Where, the males are known for their huge black manes. Lion are found throughout the country including the famous Okavango Delta and Chobe regions, particularly in Savuti.

The Kruger National Park in eastern South Africa is also home to large lion populations. And, the adjoining private game reserves allow you to get up close and personal during viewings.

The Serengeti National Park in Tanzania is another of the most famous wildlife spots on the globe. From November to April, herds of zebra, wildebeest and zebra congregate on the southern grass plains to calve. Watching cheetah, hyena and lion make sure that only the fittest survive to make the migration northwards later in the year. Ruaha National Park in the southern part of the country also has exceptional lion populations. This area is best visited from July to October.

Zambia’s Luangwa Valley has a reputation as the home of the walking safari. But, you really should be in a car if you want to view the area’s predator population at close quarters.

With the right guide to help you, there is always a chance of spotting lion and leopard when on safari in Zambia. Leopard can be seen three days out of every four.

Also Read: Top 5 London Luxury Hotels for You to Check Out

In 1991 a lion known as the ‘Man-eater of Mfuwe’ terrorised the human population of the Mfuwe part of the valley – a reminder that lions. While, they look beautiful, can also be lethal.

5 Things to Do During the Summer Holidays with Your Child

How to Raise an Inquisitive Child

The Top 10 Music Festivals You Should Not Miss

Having Travel Insurance for Skiing Holiday