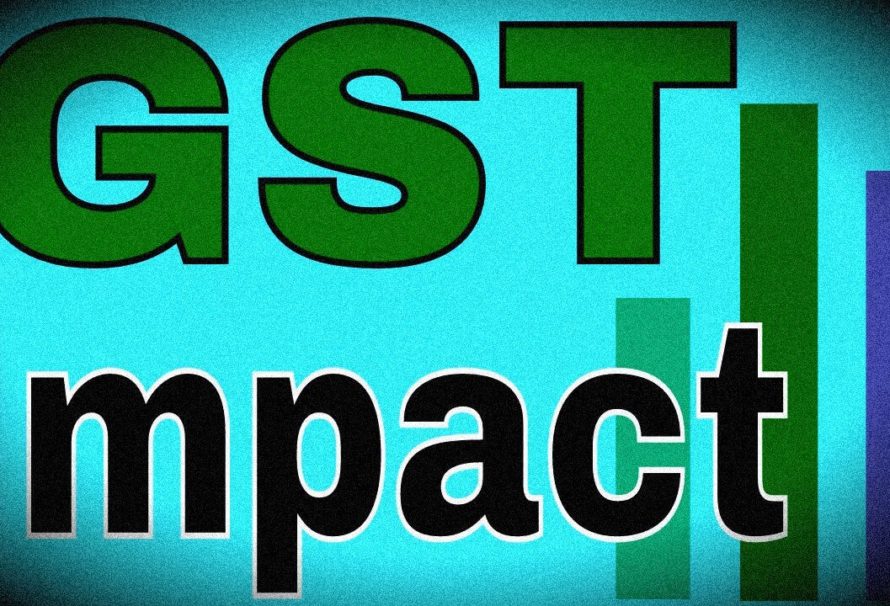 GST, Goods and Service Tax, this is the new indirect tax that has come in the place of all the other indirect taxes, namely service tax, VAT, central sales tax, and excise duty. The GST Act has repealed all the other indirect tax laws in the country. And with the coming of the GST Indian Economy has had a significant influence over it. But has this influence of GST only been in the form it’s benefits? Or there are some disadvantages of the GST Act as well? Let us have a look at how influence of GST the Indian economy and whether it has been all good or not.

GST is short for Goods and Service Tax that needs to be paid by the taxpayers upon the provision or supply of goods and services. The tax is calculated as a percentage of the value of goods and services provided and should be paid to the government’s account monthly, along with the filing of GST returns.

With the influence of GST Act, the complete tax regime within the country has taken a turn and changed drastically. And a majority of these changes have been for the good of the citizens and the Indian Economy at large.

Here are some of the benefits that the GST Act has brought with itself.

All Acts Under One Umbrella

If we look at the indirect tax regime before 2017, that is before the introduction of GST; we can find four different Acts governing the complete indirect tax regime in the country. This diversity in the laws simply meant diversity in compliances and a need to maintain and keep up with a lot more provisions. This was very burdensome on the taxpayers as well as the government. This was because as much as the taxpayers had to maintain the compliances, the government has to monitor them.

Also Read: The Etiquette of Business Dealings Across the World

With the influence of GST, all these diverse and varied tax laws have been repealed, and the complete indirect tax regime has been brought under a single umbrella. This has brought uniformity in the way taxation laws will work in the country. This will help with uniform compliances, and it will also become more manageable for the government to monitor those compliances.

Elimination of Cascading Effect due to Double Taxation

With the coming of the GST Act, there is only a single tax, and it is levied at a single point of transaction. So, when there is one tax, there is nil chance of any kind of double taxation. And this has significantly helped in reducing the cascading effect on the taxpayers. Now the taxpayers are no more burdened by unnecessary needs to pay diverse taxes at different points of a transaction.

People tend to resort to corrupt means when they see their money getting spent unnecessarily and that they can do away with a lesser amount through unfair means. With the cascading effect and double taxation problem under the old tax regime, such corruption had become normal.

GST eliminated this corruption by reducing the cascading effect and double taxation problem. This has primarily benefitted the Indian economy to a remarkable degree since the economy grows tremendously in a corruption-free environment.

Online Facilities have come as a Boon

GST has taken a step towards digital India with the introduction of the GST online portal and GST website. This has made the compliances easier for the taxpayers. With the online portal, the taxpayers can easily get their registrations as well as the registration certificates; they can file their returns and maintain their documents online as well. GST portal is like a tax office at the doorsteps of the taxpayers. Also, the GST website facilitates seeing the latest GST news and keeping track of all the significant developments in the Act. These online facilities have remarkably made things easier and more comfortable and are a boon for the taxpayers.

However, despite all these benefits, there is not all good that you can see to the Act. The Act has not been free from disadvantages. Here are some of the disadvantages that you may face with the Act.

Disadvantages of the GST Act

Although the compliances under the indirect tax regime have reduced, the operational cost to maintain even these reduced compliances is a lot higher. GST is not as simple as it seems, and you need help from professionals and GST experts to keep up with the requirements of the GST Act. So, although the burden from compliances and double taxation has been eliminated under the GST Act, the burden has shifted to increased operational costs in the form of needs to appoint new professionals and set up new systems.

So, with all the foregoing things, it cannot be said that you enjoy only all the GST benefits. The Act has surely not been all good, and there are some loopholes that you have to face. However, the Act is still in its growing stages and is making continuous changes and amendments. And with all these changes and amendments, the Act is sure to get better and offer a lot more to the taxpayers and the Indian economy. It is no denial to say that with the influence of GST Indian Economy has grown to a considerable extent. Despite some shortfalls, there have been all good in every region, and this can be attributed to the robustness of the Act.

GST is one Act that has brought down all other Acts. With that, the Act has also taken the onus upon itself to take care of the complete indirect tax regime within the country, and with the journey so far, it is doing great, and it will keep doing better.

How To Get The Most Money Selling Your Car?

Proven Inspiration Techniques, Which Help You Reduce The Pressure

What To Do? Locked Out The House Again

Factors That can Cause Blockage in Your Drainage System

What To Do? Locked Out The House Again

Robots You Never Knew You Needed