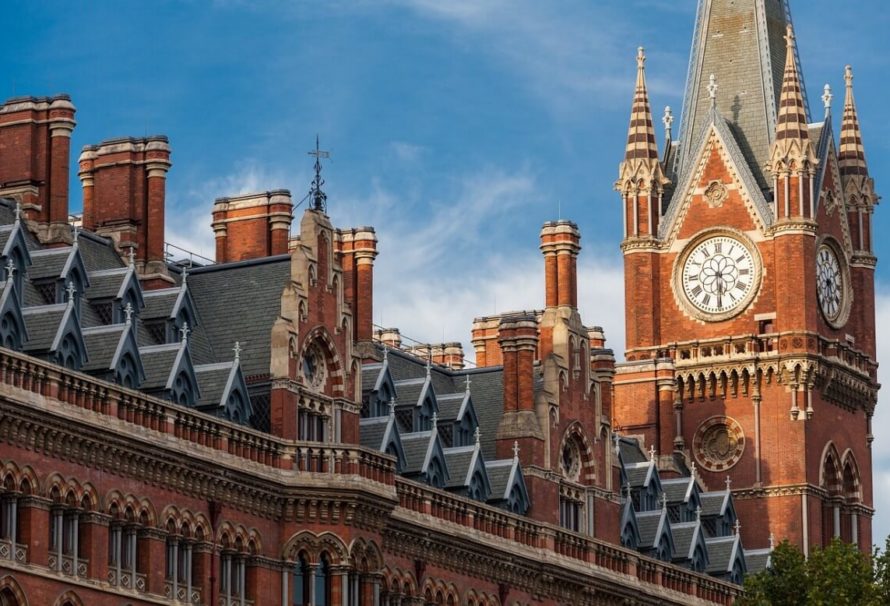 Founded by the Romans and bearing over 2 millennia of history, London also happens to be one of the business and artistic capitals of Europe and the world, and EU’s greatest metropolis. There’s just so much to see, it really takes a while to get used to the city’s rhythm and imagery.

When planning a trip to London, finding accommodation might be trickier than it seems, but if you’re aiming for luxury, there are -mainly- three things to consider:

It is possibly one of the most expensive cities in the whole world; it is definitely one of the world’s most visited places and a decidedly cosmopolitan one; and, never mind what anyone tells you, always remember it is part of a Kingdom (a United one, for that matter) and as such, when you talk “luxury” in London, it really means it.

So, in order to help you make up your mind about spending a luxury holiday in London, we’ve made up a Top 5 London Luxury Hotels. Take note:

We’ll start with HOTEL 41, a five stars place which charges you amply for every single one of them. And every one is worth it. It is actually located on another Hotel’s fifth floor, but has been made completely independent, as it has its own entry, reception and elevator.

Do not misjudge by what’s just been said, though: it is one of the better-valued Hotels in London. It’s located right in full center of the city, having an extraordinary view to Queens Gardens, face fronting the stables of Buckingham Palace, which gets it at the pinnacle of London’s luxury hotels, and the envy of many.

The Hotel’s personnel is vastly qualified to perform their tasks and make you feel like Prince Charles himself, offering an exquisite culinary menu, a calm environment, and all kinds of luxury… every kind -so should be remarked- will cost you dearly, so you better check your bank account before ringing the front-desk bell. It has been said: London is not known by its cheaper prices, and luxury means exactly that in London.

Second in our list would be the Hilton Tower Bridge Hotel. Located just behind of Tower Bridge -such an emblematic city landmark, and at little distance of many characteristic buildings such as the treadmill or the Big Ben, this is a modern London hotel, next to the celebrated river Thames.

The Hotel’s rooms are all ample, well furnished, Wi-Fi covered, with cable/pay-per-view TV coming through flat plasma monitors. The family-oriented Double Suites can comfortably host a family unit of four with kids.

Whether on a business or pleasure trip, you’ll find much to do in your nights, particularly if you’re a sybarite: aside from having a superbly managed inside bistro known as “The Larder”, there are a series of easily accessible restaurants nearby, all of them fairly reachable by foot, which makes for an excellent excuse for having a lovely walk by the British moonlight.

The Hotel also has an internal health-center, with a popular golf simulation curse, and video-conference/meeting rooms.

Our third option would be The Ritz Hotel; definitely an option if you’re on the go for some British glamour; it is place in one of the most exquisite parts of the city, a few steps from Park Lane, nearby the Piccadilly area.

You couldn’t praise this hotel’s services high enough… they’ll offer you everything you could ever wish for a five star accommodation service, and then some more. Gift shops, British morning tea, banquet catering and social events, 24/7 front desk attention. And, of course, five different types of luxurious and refined suites for your staying pleasure.

Probably, one of its most remarkable attractions resides in that it’s opposite the Burlington Arcade. Which the locals know to be the place to go when looking for, say, a “vintage” engagement ring. Which will most possibly end up being more original than any Tiffany’s or Cartier, since its internal shopping center holds a jewellery-specialised set of stores, dating from 1819. These are guarded by “Beadles” or “Berties” as they’re often referred as: classic-uniformed watchmen. Who make for yet another visual attraction, while keeping the place a safe and sound.

Lucky number four will be the 13 HALF MOON St. HOTEL, with its beautifully decorated rooms, sophisticated antiques, fireplaces, and that “creaking floor boards” flavor. Excellent, if you’re at a go for “imperfect” perfection. Located very near to Green Park, in the heart of London. Clients may choose between two and three-room variedly decorate suites – which are cleaning twice a day, with baths in suite and a very satisfying overall service.

Also Read: How to Save Money on Your Holidays This Summer

Hotel’s atmosphere is usually of stylish calmness, and it makes for a perfect choice in a romantic couple-voyage. As with most luxury hotels in London, it’s not cheap, but it’s worth it.

Would be the Abbey Court Westpoint Hotel. Strategically positioned nearby some of the city’s main tourist’s interest points. It stands about 2 minutes from Lancaster Gate and the Paddington stations, on foot; the homing neighbourhood of many celebrated theatres and museums.

Oxford Street and Piccadilly Circus’s stores are also close at hand; this makes the Abbey Court on popular demand, particularly by businessmen and tourists, given the Hotel’s easy access to rational prices.

Rooms are comfortable, clean and well attended, and have been decorated stylishly. They all have colour TV, direct phone-line, and bath in suite. There are also rooms especially for non-smokers, and an elevator reaching all Hotel levels. Front-desk management is 24/7.

From the Roman Empire to the Industrial Revolution, many cultural historical phenomena have left in erasable traces which define the modern city. Be sure to get to know the many faces of London!

The Must-See Museums of London

5 Ways of Earning While Travelling Around The World

5 Reasons Why You Should Consider Income Protection

5 Reasons Why You Should Consider Income Protection

The Trend for Hoop Earrings